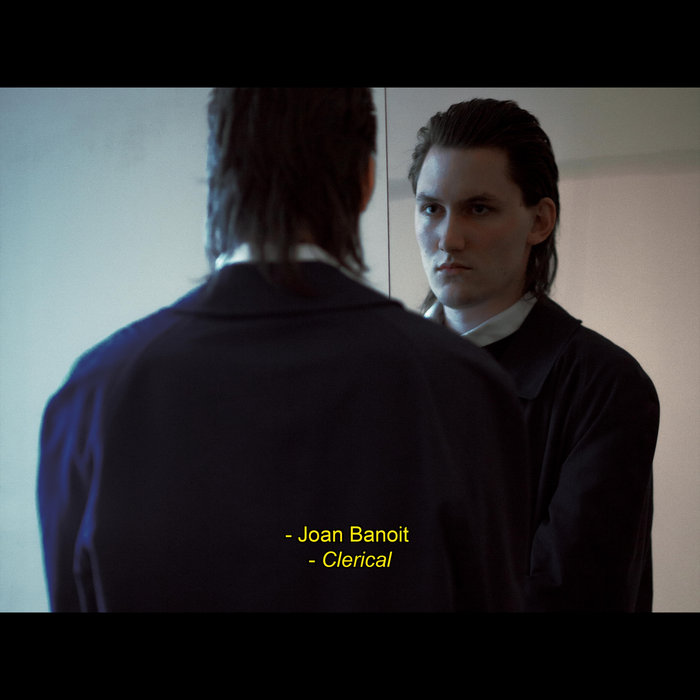 After releasing three critically lauded singles (including ‘Bet Me’, described by Triple J as ‘sounding like the universe’), Joan Banoit announce the release of their debut album ‘Clerical,’ which will be released on the 14th of June through Lazy Thinking.

The album is the result of an unusual, nearly three-year working process involving the artist, producer Jim Flanagn and mixer Stu Hunter. Following an intense nine-month period of writing a set of new, intensely personal tracks in his own studio, Julian (aka Joan Banoit) passed his working drafts onto producer Jim Flanagan in September 2017. The two then began an intensive 18-month development process from Jim Flanagan’s studio, working on each track in isolation and often communicating daily on the sound design and arrangement until they were satisfied with the results. The finished arrangements were then passed on to legendary mixer, composer, arranger and musician Stu Hunter, who spent a further three months mixing the album’s nine tracks in close consultation with the artist and producer, as well as adding horns, drums and additional vocals in the studio.

The results of this long, meticulous creative process is a record quite unlike any other work currently in the Australian musical landscape. Like the singles released off the album to date, it references both a rich, international musical past (classic art pop figures like Davids Sylvian and Bowie in particular) as well as a host of contemporary music’s more interesting sonic innovators, with perhaps the likes of James Blake, These New Puritans and Arca most immediately springing to mind. It is an album for those that believe contemporary music (and in particular, electronic music) is most relevant when dealing with the new, the innovative and the dangerous.

Perhaps as a nod to Bowie’s Berlin period, the album also features (and finishes with) two epic instrumentals, bringing to a close a striking, utterly distinctive and fully formed debut from a singular artist.

Bandcamp Daily  your guide to the world of Bandcamp

Featuring interviews with the mighty Haitus Kaiyote and genre-busting L'Rain.